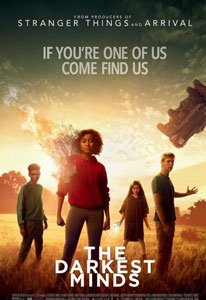 Ruby Daly never thought she would survive the horrible plague that killed 98% of America's children... but she did. Those who survived the disease were left with unnatural powers that could only be described by a color: the greens (super intelligent), the blues (telekinesis), the yellows (control over electricity), the oranges (power over the mind), and the reds (control fire). Ruby is an orange, a dangerous one. She is sent to Thurmond, a camp for kids like her. She is miserable there and scared of what happened to the others like her. She hides under the facade that she is a green and watched as those like her are taken away. She escapes this horrible place with the help of the children's league, and from there her life changes forever.