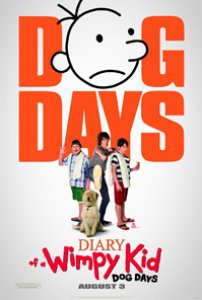 Based on author and cartoonist Jeff Kinney's fourth Wimpy Kid book - released on October 12, 2009. The book continues right after the previous book, "The Last Straw." The book opens describing Greg's worst summer ever beginning with Greg Heffley and Rowley Jefferson going to Rowley's country club after school closes for the summer, but Greg is kicked out because he complained of even the smallest predicaments.