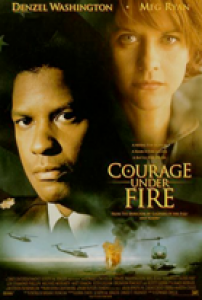 Denzel Washington is a colonel beginning what he thinks is the routine investigation of a candidate for the Medal of Honor. But nothing about his quest is routine. The Medevac pilot in question (Meg Ryan) is the first woman to be considered for this highest award. The White House and the Pentagon are pushing him to rubber-stamp the approval. He's uncovering the survivors' conflicting stories about Ryan's death in the line of duty. And he's being forced to confront the truth about his own past as a tank commander in the fury of the same Gulf War. From the director of Legends of the Fall and Glory comes a moving drama about bravery in combat and peacetime.